Compass was awarded the contract to construct two new additions and complete a partial interior renovation to the existing William G Miller Public School building in Scarborough. A new 2-storey addition was constructed to accommodate eight new classrooms, as well as a new staircase and four washrooms. A second new addition was constructed to accommodate a new multi-purpose room, classroom, storage, electrical and change rooms, along with a full gymnasium including an automatic retractable stage.

For the building additions, extensive site works were undertaken including the relocation of the electrical duct bank and gas main.  Existing sanitary and storm lines were removed and new manholes, sanitary and storm lines have been installed and tied into the existing municipal drain and sewer services.  The additions were constructed using structural steel, hollow core slab, and extensive masonry work. Various complex wall assemblies were utilized for the building envelope including metal siding, curtain wall and glazing system, as well as a new EIFS system that was applied to the outside of the structure.  A new asphalt parking lot was constructed along with landscaping work including the removal of trees, relocation of playground equipment, and new sand pits.

This complex project was completed as per schedule. Students and teachers now enjoy their upgraded and expanded learning environment. 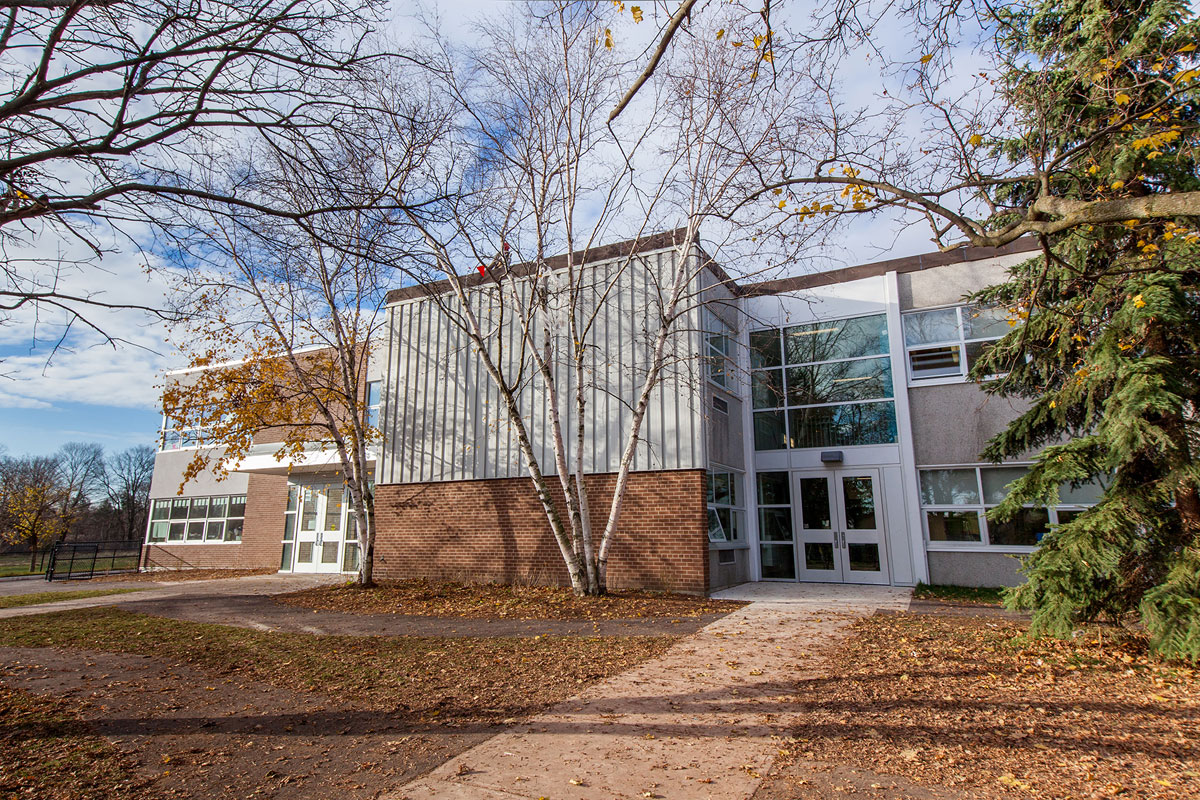 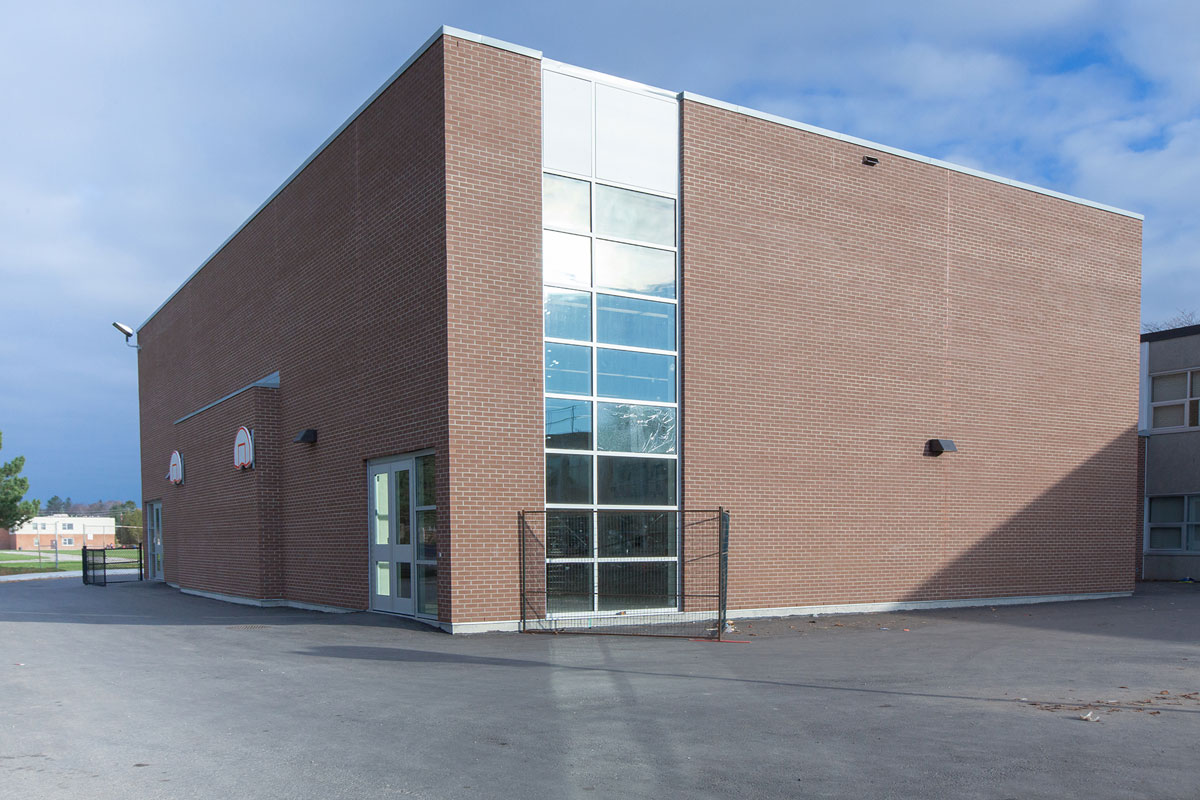 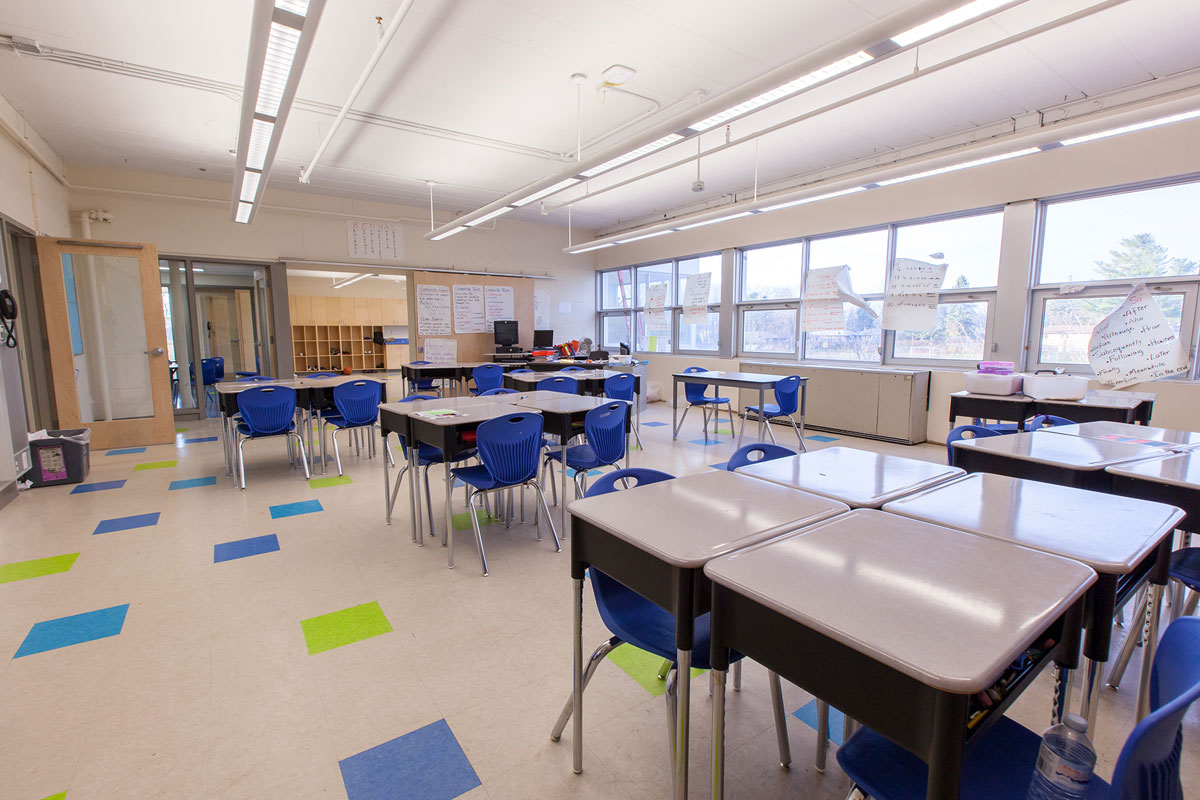 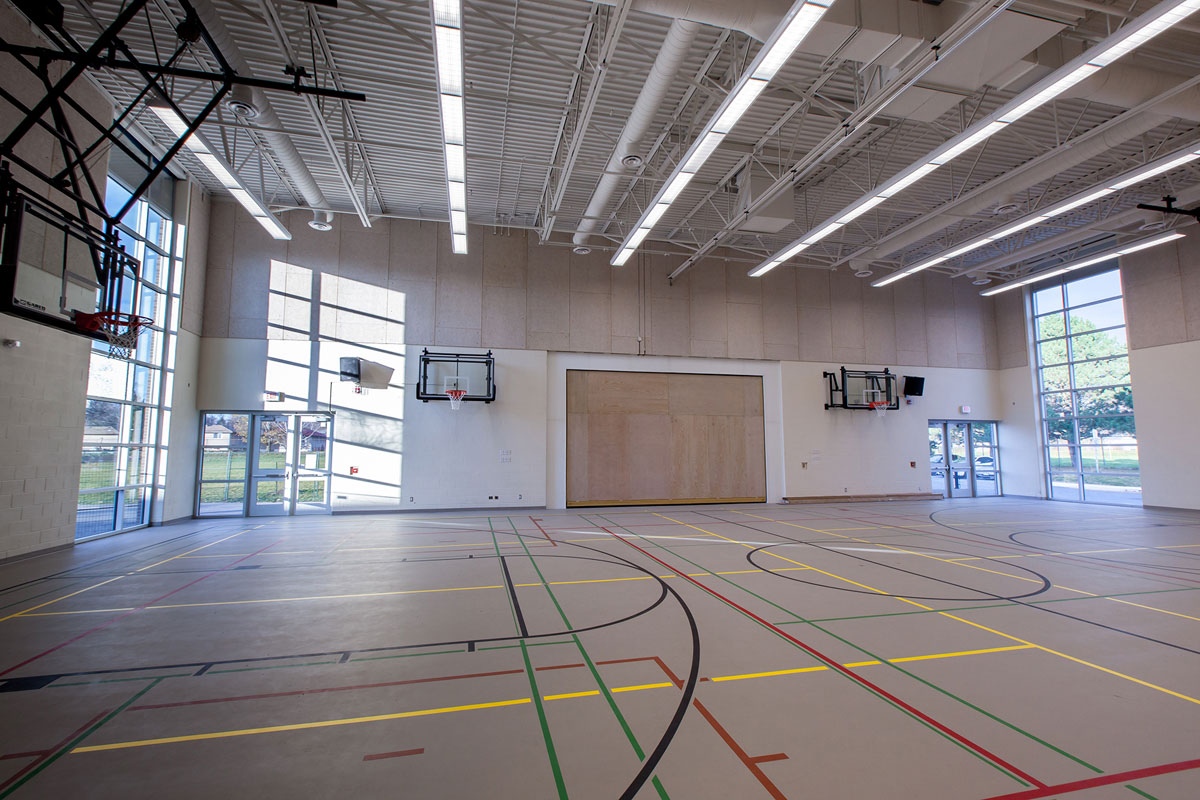