The Whitney Block is a Government of Ontario office building located across the street from the Ontario Legislative Building and contains the offices of the Premier of Ontario and most cabinet ministers. The Modern Gothic-Art Deco structure was built in 1926 by architect F. R. Heakes.

Compass was contracted by Infrastructure Ontario to complete renovations to a previously unoccupied basement space and transform it into new workspace environments for a Government Department. The project challenges were many.

Due to the sensitive nature and high security of the building, all construction personal was required to go through rigorous background checks prior being allowed on site. Demolition of existing building elements exposed crumbling infrastructure that required investigation, corrective design and remedial work to bring these building elements to current usable condition. Extensive Type I, II and III abatement of hazardous substances was required throughout the space.

A complete removal of the original, existing concrete slab and all subgrade material was required to install an underslab dewatering system and replace the entire existing building sanitary system. Our scope also included upgrading the main Legislative IT Server Room cooling system while it remained operational.

Seeing as the building is operational 24/7, most of the work was performed overnight and after hours. Additionally, all heavy equipment used to complete this work had to be specialized machinery suitable for use indoors.

Compounding these challenges was the issue of building system shutdowns and tie-ins that required multiple phases to complete to minimize impact to the building. This required meticulous planning and coordination with all project stakeholders as well as multiple user groups outside of the project within building.

To convert previously unoccupied space to occupied, all new mechanical, electrical, sprinkler and life safety systems were required. Collaboration and partnership between Compass and Taylor Hazell Architects as well as all project stakeholders, made it possible to bring the modern design intent to reality while preserving and restoring key historical details and building elements. One such element was the integration of a new skylight system into the building to restore what once was a featured part of the original building design that had been decommissioned due to maintenance issues. Restoring this prominent building feature was a source of pride for all involved. 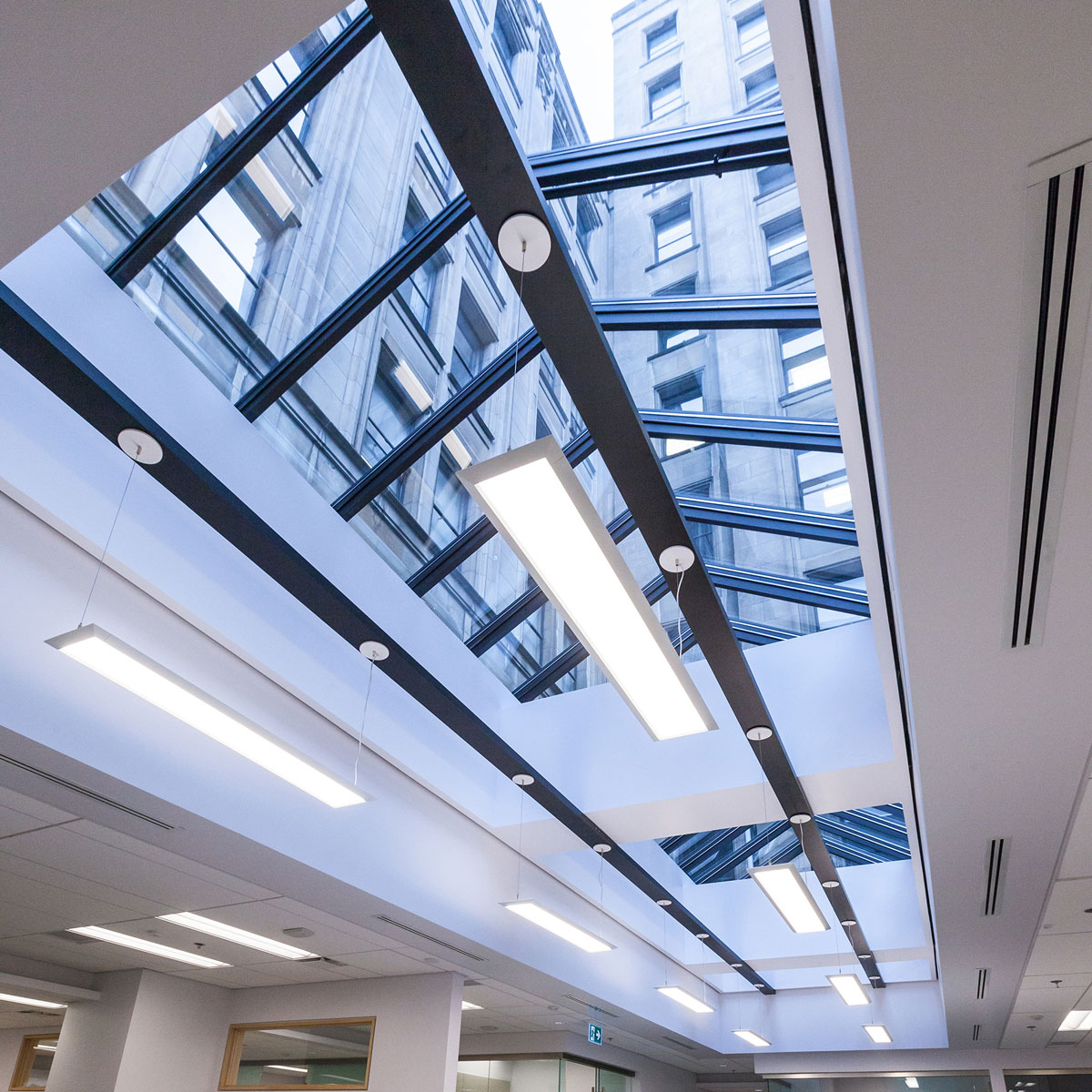 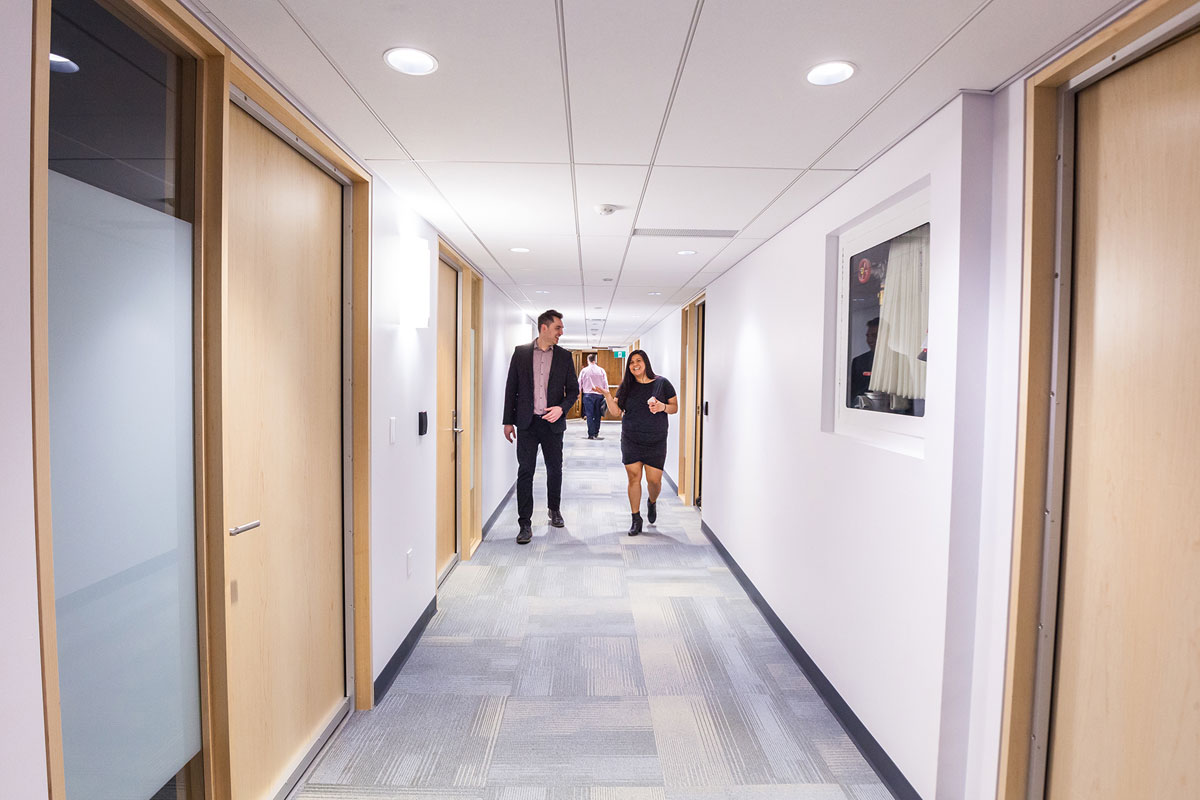 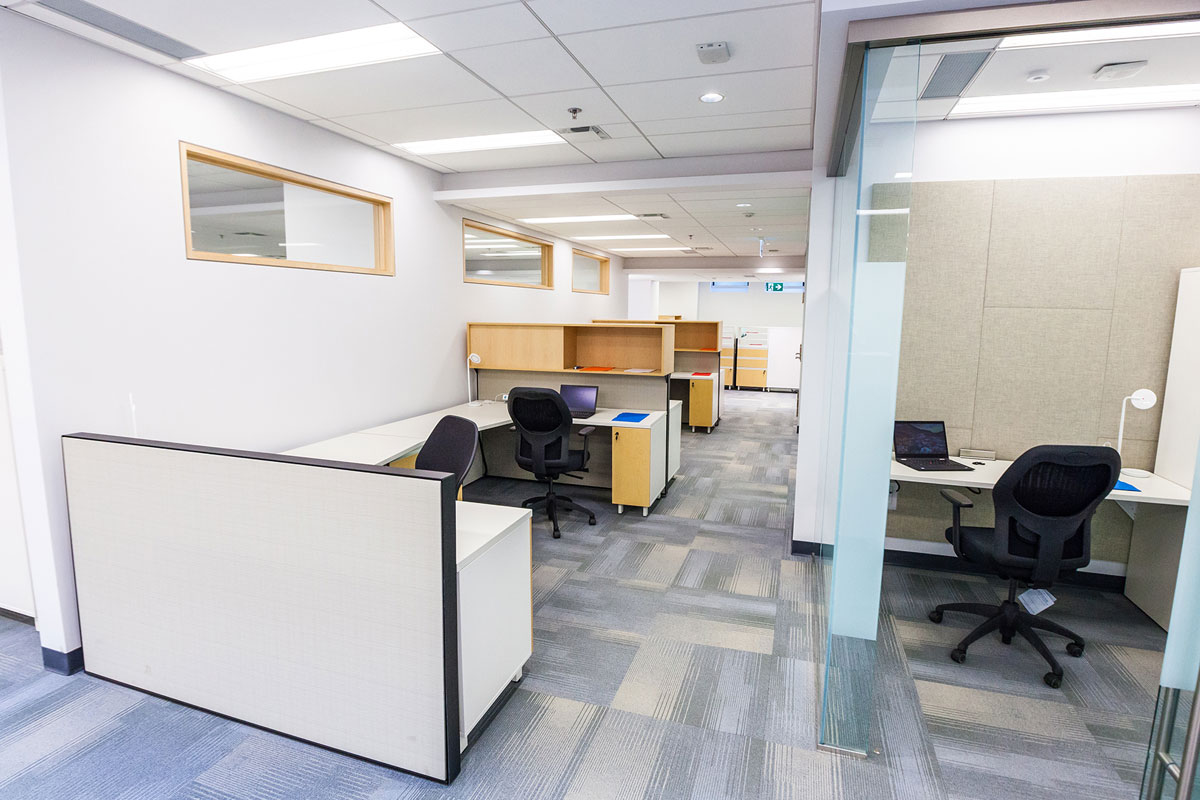 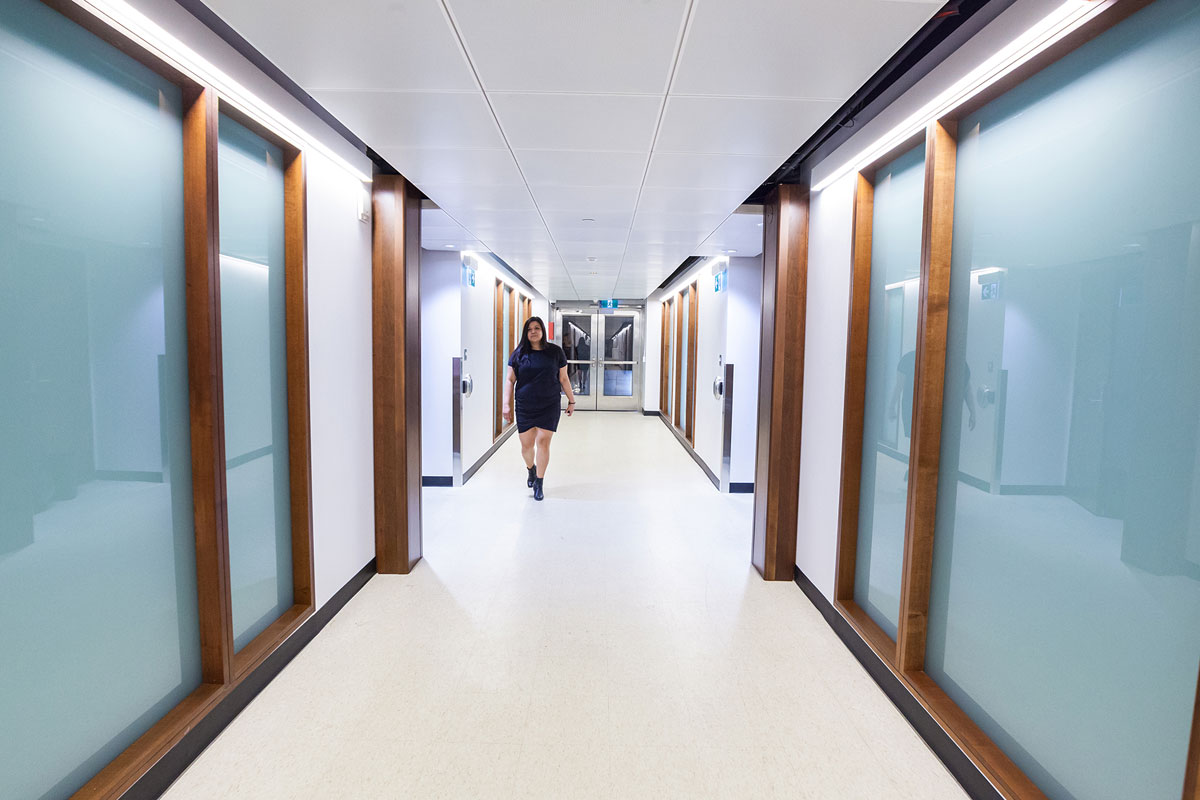 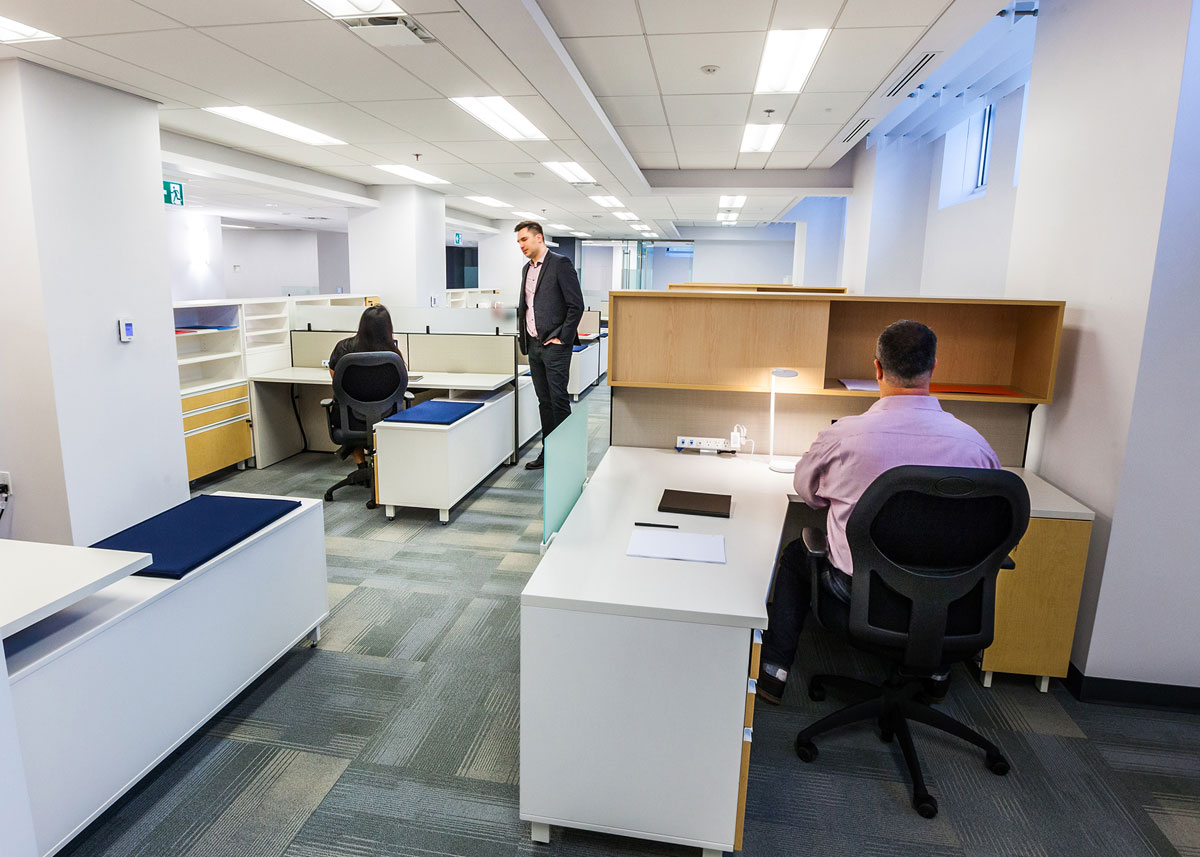 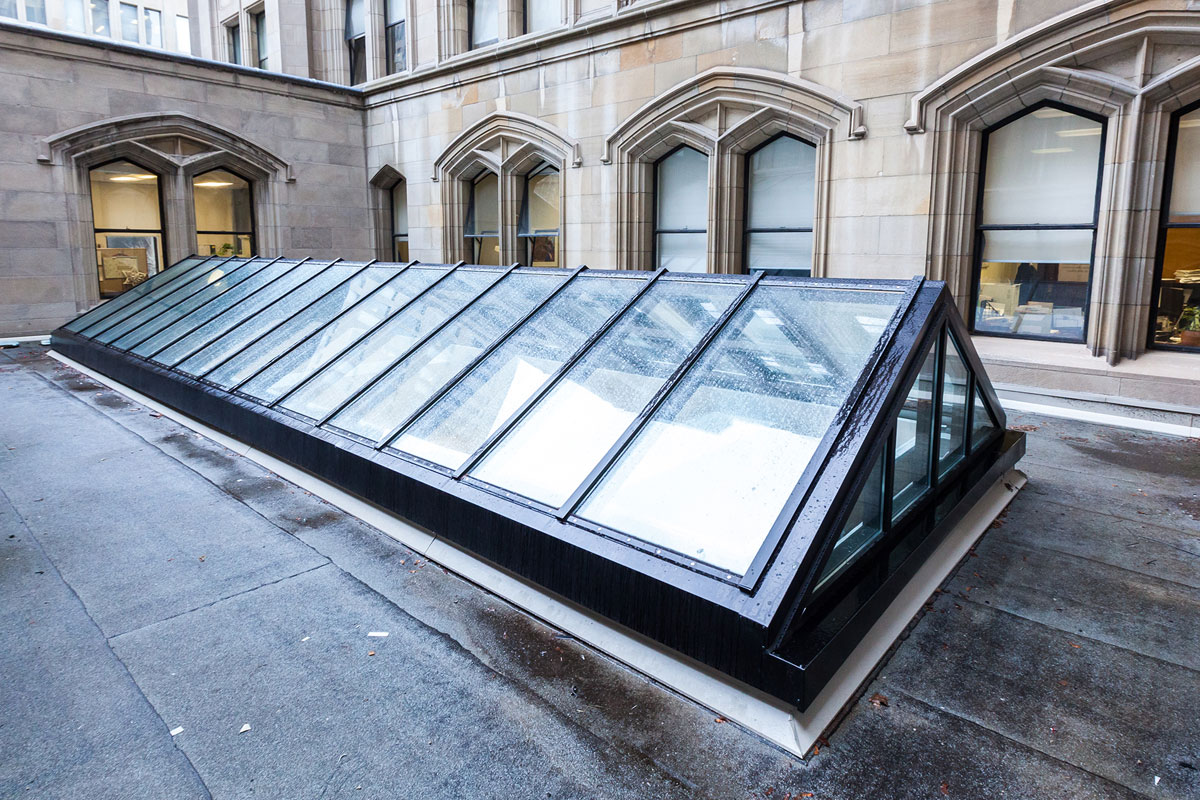 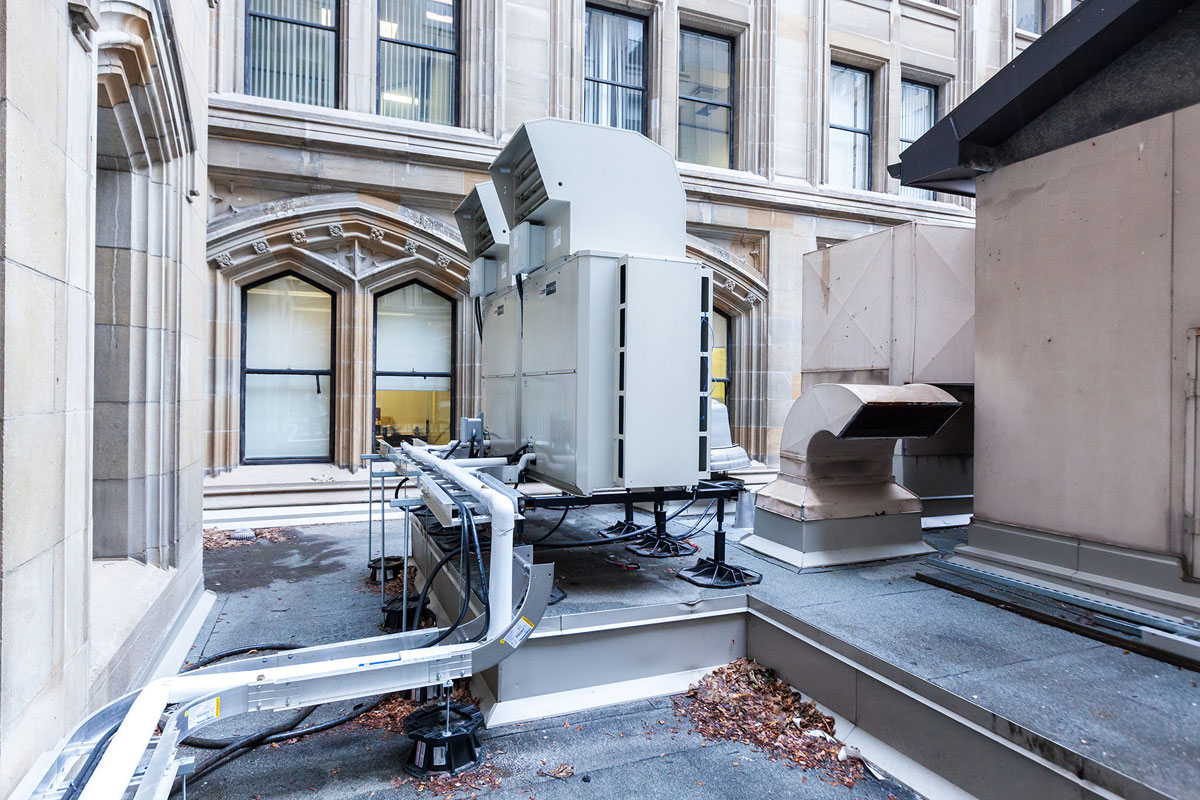